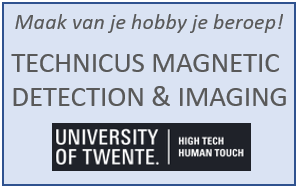 3DA - The 22 October-7 November 3DA0RU DXpedition to eSwatini (Swaziland) has been rescheduled, and the team (R5EC, R7AL, R9LR, RA1ZZ, RU3UR, RW9JZ, OK8AU and SP6EQZ) will be QRV on 7-22 October. They will run multiple stations on 160-6 metres CW, SSB and FT8
(Fox & Hound). The log will be uploaded to Club log and LoTW. See their new website for more information, including a few services for registered users: https://3da0.ru/en/.

3DA - Yuris YL2GM, Jack YL2KA, Sasha UT7UV, Pavlo UU0JR and Vlad UW7RV will be active as 3DA0WW from eSwatini on 12-26 October. They will operate CW, SSB, RTTY and FT8 (Fox & Hound) on 160-10 metres. QSL via Club Log's OQRS (direct and bureau), or direct to YL2GN. The log will be uploaded to LoTW six months after the end of the expedition. See https://lral.lv/3da0ww/index.html for more information.

7A, INDONESIA. A team of YB operators will be active as 7A2A from a contest station in Central Java during the CQWW DX SSB Contest (October 30-31st) as a Multi-? entry. QSL via LoTW, direct, or via YB2DX.

C5 - Alan, G3XAQ will be active as C56XA from The Gambia between 24 November and 2 December. He will operate CW only on 40-10 metres, with main activity during the CQ WW DX CW Contest as a SOSB (20m) LP entrant. QSL via LoTW, or direct only via G3SWH (preferably through his OQRS: http://www.g3swh.org.uk/decision.html).

D6, COMOROS. Members of the F6KOP Radio Club are planning to active Comoro Islands (AF-007) with a multi-national 12 operator team sometime between mid-to-end January in 2022. Activity will be on 160-10 meters, using CW, SSB, RTTY, and FT8/FT4, with 5 stations as well as QO-100 satellite operations. Their callsign is pending. Look for more details to be forthcoming.

F - Special callsign TM2VI will be active on the HF and VHF bands on 15-29 October in remembrance of Patrick Gadou, F2VI, Vice-president of the Radio Club de Pierrefeu du Var (F6KGC), who passed away in July 2020. QSL via the bureau.

F - The Charente DX Group will be active as TM2N from Noirmoutier Island (EU-064) on 24-30 October. Five operators (namely F5LOW, F5MNK, F5NBQ, F6HKA and ON4ZD) will be QRV on the HF bands CW, SSB and digital modes. QSL via Club Log's OQRS (preferred), or via ON4ZD, direct or bureau.

F - Celebrating the 60th anniversary of the Antarctic Treaty System, Francois, F8DVD will be active as TM60ANT on 16-30 November. QSL via home call, direct or bureau.

G - The Cray Valley Radio Society (https://www.cvrs.org/) will be active as GB75CV on 2-29 October to celebrate its 75th anniversary. QSL via Club Log's OQRS and LoTW only.

HA - Istvan, HA0KA and a large group will be active as HG0WFF from the Bukk National Park on 8-10 October. They will operate CW, SSB and digital modes on the HF bands. QSL via Club Log's OQRS. The HA Flora & Fauna Award programme's website can be found at
http://wff.pannondxc.hu/en/index.php.

HL30, SOUTH KOREA (Special Event). Look for special event station HL30UN to be active from Gyeonggido, South Korea, to celebrate the entrance of South Korea into United Nations on September 18th, 1991. This is their 30th anniversary. Recent activity has been on 40 meters CW. QSL via the Bureau or direct to EA5GL only.

J5T & J5HKT DXPEDITION TO GUINEA BISSAU NEWS (Reminder). Members of the Italian DX Team are now active from Bubaque Island (AF-020), Guinea Bissau, as J5T (CW-SSB-RTTY) and J5HKT (FT8) until October 22nd. Activity will be on 160-10 meters using CW, SSB, RTTY and FT8. They will have 6 operators and 4 stations active. QSL via I2YSB direct, OQRS or LoTW. Their official Web site is at: http://www.i2ysb.com/idt
Real-time online logs during the DXpedition on: http://win.i2ysb.com/logonline/

KH7, HAWAII. Alex, KU1CW, will be active as KH7Q from Oahu Island (OC-019) during the CQWW DX SSB Contest (October 30-31st) as a Single-Op/All-Band entry. Look for activity before and after the contest where Alex will be signing as KH6/KU1CW. QSL KH7Q via LoTW or direct to AH6NF.

OE - 4U2U is the special callsign for the VIC Amateur Radio Contest DX Club (4U1A, https://4u1a.club/) to celebrate United Nations Day on 10-31 October. This activity counts for Austria for DXCC, and for the Vienna International Centre for the CQ DX Marathon. QSL via UA3DX, direct or bureau. United Nations Day reflects the official creation of the United Nations on 24 October 1945.

SV - Special callsign SX2MZ honours Pavlos Melas (aka "Captain Mikis Zezas"), an officer of the Hellenic Army who was a prominent figure in the Greek Struggle for Macedonia. Look for activity to take place on 160-2 metres SSB, CW and digital modes between 9 and 13 October. QSL via LoTW, eQSL, Club Log's OQRS or direct to SV2GWY. See https://www.qrz.com/db/sx2mz for more information.

TM50, FRANCE (Special Event). Operators Serge/F6HFI and Michel/F8GGZ have activated the special callsign TM50RQL until October 18th. Activity is to celebrate the 60th anniversary of the legendary "Renault 4L". Operations will be on various HF bands using mainly CW and SSB. QSL via F8GGZ by
the REF Bureau.

TM60, FRANCE (Special Event). François, F8DVD, will activate the special event station TM60ANT between November 16-30th. Activity is to commemorate the 60th anniversary of Antarctic Treaty Signature (ATS). Operation will be made by from François QTH in Mâcon (JN26JH), France. Activity will be on various HF bands between 40-10 meters. The new reference for the WAP program is WAP-318. QSL via F8DVD, direct (SAE + 2 USDs) or by the Bureau.
ADDED NOTE: France was one of the 12 countries who signed the ATS in Washington on December 1, 1959. The treaty officially entered into force on June 23, 1961. All info on this event is on:
http://www.qrz.com/db/TM60ANT

VP2M, MONTSERRAT (Correction). Last week we mentioned that operators Ron/KK9K and Scott/NE9U would be active from the VP2M Gingerbread Hill contest station in Montserrat (NA-103), during the CQWW DX CW Contest), this info was misread and incorrect. Please disregard.

W - The Grayson County Amateur Radio Club (K5GCC) will be running a special event on 9-17 October to commemorate the birthday of Dwight D. "Ike" Eisenhower (14 October 1890), the Supreme Commander of the Allied Forces in Europe during World War II and the 34th President
of the United States. Look for special callsigns W5E, W5I, W5S, K5E, W5N, W5H, W5O, W5W, N5E, W5R to be used on 80-2 metres CW, SSB and digital modes. QSL via K5GCC, LoTW and eQSL.

Iota News
**AF-050. Operators Johannes/PA5X and Gerben/PG5M will be active as 5T5PA/P and 5T1GM, respectively, from Arguin Island between October 15-19th. Activity will be on 40-10 meters using CW, SSB, and FT8. They will use satellite communication for short messages on Twitter. Follow: https://twitter.com/PA5X_HAM
https://twitter.com/PG5M
QSL 5T5PA/P via LoTW, Clublog or via PA5X (direct or by the Bureau). For more details and updates, see: http://dx.to/5T1GM

**EU-064. The Charente DX Group (CDXG) will be active as TM2N from Noirmoutier Island (DIFM AT-020) betweeb October 24-30th. Operators mentioned are Eric/F5LOW, Laurent/F5MNK, Fabrice/F5NBQ, Bertrand/F6HKA and Leon/ ON4ZD/OS0S. Activity will be on various HF bands using CW, SSB and the Digital modes. QSL via ON4ZD, direct, by the Bureau or Clublog's OQRS (preferred).

**NA-092. Rich, WA5LFD, is now active as WA5LFD/p from North Padre Island until November 30th. Activity will be on 80-10 meters, with an interest on 6 and 2 meters, using CW, SSB, and RTTY.
QSL via LoTW or WA5LFD direct. He also states, "E-mail me for a sked at: This email address is being protected from spambots. You need JavaScript enabled to view it. ".

**SA-092. (Reminder) Operators Markus/DJ4EL (PZ5GE), Sascha/PF9Z (PZ5ZS; not PZ5SB) and Rico/PZ5JW will once again try to activate Pagegaaien Island (WW Loc. GJ15kv)as PZ5G between
October 15-18th. Activity will be on 80-10 meters using CW and SSB. QSL PZ5G via LoTW or ClubLog. REMEMBER: Operators will be active from Surinam before and after their PZ5G IOTA operation.

Qsl Info
HG0WFF via ClubLog's OQRS. Istvan, HA0KA, and a large group of operators were active as HG0WFF from the Bukk National Park (HAFF-0002) between October 8-10th.

A35JP ---> Masa, JA0RQV has been active as A35JP from Nuku'alofa, Tongatapu (OC-049) since 22 August, and now expects to go QRT "around 16 October". Once at home he will begin to process QSL card requests. QSL via Club Log's OQRS, LoTW, or via the bureau to JA0RQV.

CY0C 2022 ---> The Madison DX Club' programme for 12 October is "The Lure and Challenges of Sable Island: the CY0C 2022 DXpedition", presented by Dan Sullivan, W4DKS, CY0C team member. It will be held on Zoom at 23.30 UTC and all interested hams are welcome; please visit http://www.madisondxclub.org/ and request an invitation.

LAST MINUTE ANNOUNCEMENT BY JOHN, W5JON [edited]: Hi Guys... This week St. Kitts announced the Covid quarantine was reduced to one (1) day. As previously the quarantine WAS four days. Previously, Andy, N2NT/V47T, canceled his stay at my St. Kitts home and is now obligated to operate with a group on Bonaire. As you can see on the VBRO/HomeAway calendar the villa is now unrented November 24 - December 2,2021. https://www.vrbo.com/385600
As V47T will not be on V4 during the CQWW CW Contest and I am sure whoever rents the villa will be in great demand during the CQWW CW Contest. So if you know of anyone interested in renting the villa that week, please have them contact me, as it seems a real shame for V4 not to be active on a CQWW weekend.
Thanks and 73, John W5JON/V47JA, 281-813-9873